skip to main | skip to sidebar

No, not me, just my writings. We are starting a new family blog, and we'll all be posting over there. Be sure to come visit!

We the Pedersens
Posted by Katie at 7:52 PM No comments:

My family has an annual tradition of "visiting" another country for a day. This year it was Romania. The kids studied the country beforehand, and pretty much everybody helped put everything together. We had costumes: 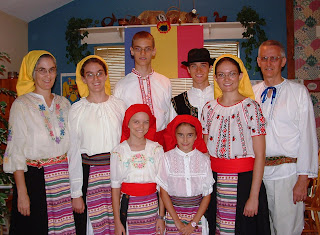 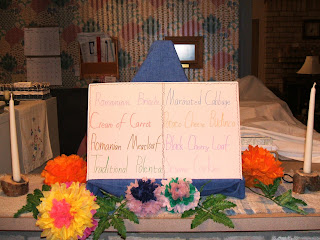 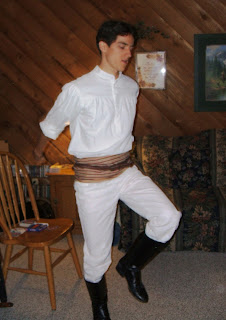 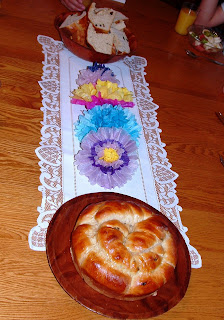 I went on a business trip last weekend. I had been excited about it because it was for a conference being held at a nice resort. On the way, though, the trip turned into a sort of nightmare when I got stuck in a traffic jam and then my car broke down at a traffic light at 10:30 at night. To make a long story short, the next couple of hours involved several phone calls home, a passerby trying unsuccessfully to push the car, a tow truck, a stop at a hotel that was booked, a cab ride to another hotel, and finally, a collapse into bed. I was able to rent a car the next morning, even though it was Sunday, and go the rest of the way, and my heroic father came with a tow dolly to haul my busted car back to Houston for potentially major transmission repairs.

Whew! It was all very stressful, but I'm thankful that I wasn't in the middle of nowhere when I broke down. I was also very blessed that everyone I had to deal with was friendly and apparently trustworthy. God was watching out for me!

Once I finally made it to the conference, everything went better. I even got some time to walk around the grounds, which were beautiful. Here are a few pictures: 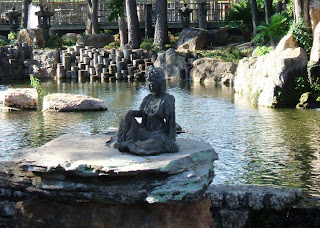 A concrete path with metal inlays. 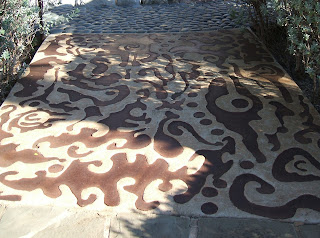 The view from my window. 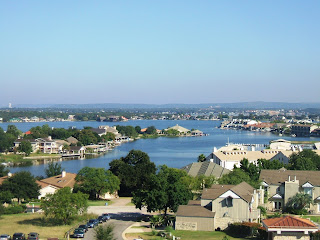 It's set up wrong! 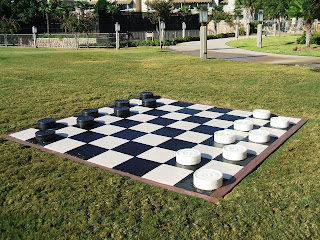 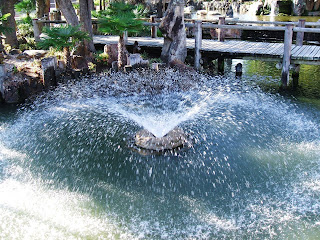 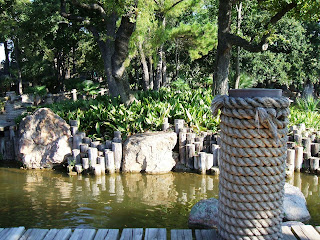 One of the lights along the garden path. 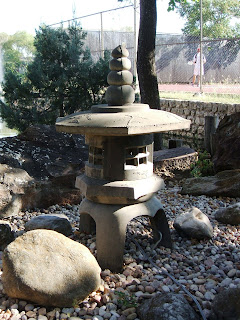 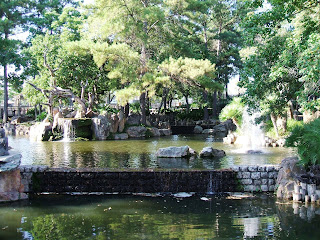 Mommies should never be away fighting a war. 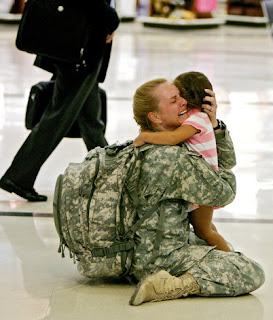 Not Sure What I Think About This

I was in Forever 21, a trendy clothing store, yesterday. It was mostly an entertainment time (you know, "who wears this stuff?!"), but I did find a skirt I liked. When I got home, I noticed John 3:16 on the bottom of the bag: 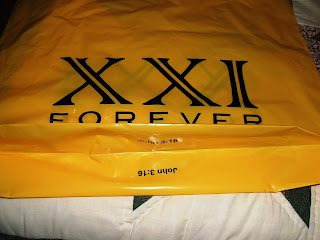 My first response was, "Huh?" It sure hadn't seemed like a religious store. Some of the merchandise was nice, most was on the line between cute and daring, and some of it was down-right scandalous. A bit of internet research clued me in that the verse on the bags is due to the Christian faith of the founders/owners of the chain. Okay, but something isn't quite jiving here. A clothing store that mostly caters to young women who are trying to show off their bodies can't Christianize itself just by putting a scripture reference on the bags...can it? It's a strange version of "in the world, but not of it" if you ask me.
Posted by Katie at 9:53 AM No comments:

Am I Still Writing a Blog?

Even I am not sure! Life has been a swirl of church activities, business trips, dancing, and having company over every weekend.

John, Anna, and I went to a small bluegrass festival recently and heard two great bands and one pretty good band. We heard the always-fantastic Chapmans, and this family band, Triple L. The guys had amazing four-part harmony. They're going to have to modify it soon, though. The youngest is in his voice-change time! 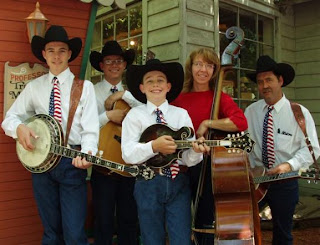